At Penpreneur, we love good indigenous stories. This weekend, we bring you a very hilarious, yet morally enlightening story. This one is mainly for you to kick back and laugh off any stress your work week might have brought you, and hey, don’t miss the moral lesson at the end…

Story, story; story, once upon a time, ten times. The Title of my Story is ‘Awuuf Dey Run Belle’.

May the Lord Bless you as you read.

So it was around 2007/08 or so. I cant remember clearly. But then, mans was very broke and needed to buy a mad phone that was also cheap. So that fateful day, I sha went to Computer Village to do God knows what, and around that second under bridge, I saw this guy holding a Nokia Xpress Music phone and looking for a buyer. I walked past him and my mind just asked me, “don’t you want to buy a phone again?

So I went back to the guy and asked him for the price of the phone (then, the market price was about 12-15k), but he told me 7k!

The thing sounded like music in my ears, so I asked him again, “Bros, you say na how much?”

Jesu! I couldn’t believe my ears, me that don’t have a brother, see how God just dashed me a very benevolent one.

When the bros saw that I was already fantasising about the phone, he told me that we should move forward, that policemen were every where.

So I just chilled and followed the guy to the entrance of Ipodo market from Awolowo Road side. The guy then brought out the phone for me to test. I checked the phone, and the kind of music inside ehn, chai. My nights were already made in heaven. Then the guy told me I could have the memory card too.

Mehn, at this point I already decided I was gonna give testimony in church, which kain goodluck be this ehn?

After checking everything o, I held on to my phone and started bringing out money, but the guy said, “bring the phone first, so you go fit use your two hand count the money wella.”

When I got home, I went to my room to freestyle my phone o. Lo and behold, when I pressed the phone, it didn’t come on, so I pressed and pressed the power button, yet nothing. I was now wondering if there was a special way to power on a phone again. Hian.

Abi is the battery dead ni? I found one matching charger at home and plugged the phone and still, no show. Hian!

So I decided that maybe the battery is bad. As I attempted to open the phone, the thing refused to open o. That was when I knew something was fishy. I started praying o.

Ha! 5k, my life savings, hope they’ve not sold palasa phone for me o. I didn’t want to believe what I thought had happened, so I rushed back to Computer Village to loom for the bros.

If I hear say I see Bros.

I finally went to some phone technicians nearby and told them my new bundle of joy is not coming on o. The guy took the Nokia Xpress Music and opened it. That’s how I saw white soft thing inside my phone. I was shocked.

“Bros, shey this is the shock absorber or what?” I blubbered. “Is this how the inside of Xpress Music is ni?”

The guy just shook his head and asked if I just bought the phone. “Yes”, I said.

“From one bros like that…” I said. The guy just closed the phone and handed it back to me.

I asked him what was wrong, “How much would it cost to repair the phone?”

That was when the guy told me to smell the phone. When I did, I realised the phone was smelling fufu. Hot tears just started rolling down by themselves. My 5k that I’ve been saving since. I just left the phone there and slowly walked back home, gently lied down and slept.

Since then, I don’t ever buy a used stuff or swap products with those Computer Village boys.

That Lesson was well taught, and well learned. 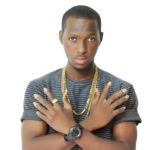 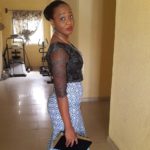 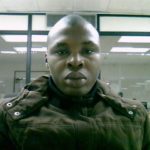 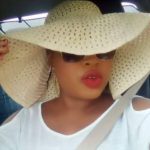